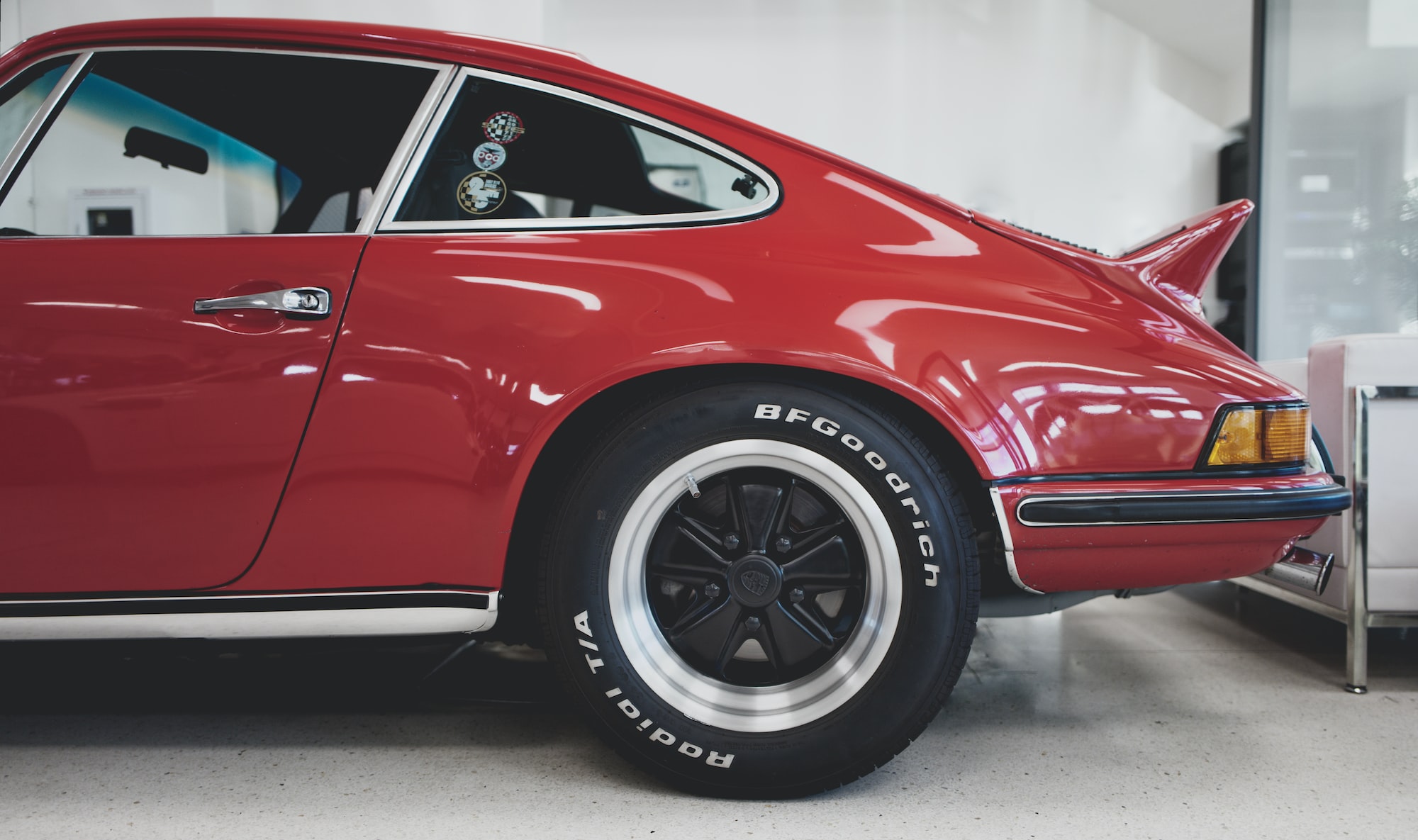 Predicted antiques of the future

The history of investing in collectibles

Many consumer goods lose their value over time. There are only a few specific categories that can survive their assignment to oblivion. When certain items have been stored for centuries, they become sought-after antique collectibles. This leads to a huge increase in value as many people covet the same thing. However, thanks to recent technological advancements, the demand for rare collectibles has increased, triggering the largest and fastest price jump the world has ever seen. Passionate collectors are now willing to spend a fortune to expand their collections. Whether it's fine wine, vintage cars, jewelry or art, one thing is certain: Investing in special collectibles has a remarkably entertaining history.

Between 1900 and 2012, musical instruments, stamps, and art experienced annual appreciation of over 6.9%. The return on collectibles has been higher than that of bank bills, government bonds, and gold. However, it is important to also consider the operating costs that are ubiquitous in the collectibles market. In addition, they are subject to high price volatility and fluctuating tastes compared to other instruments. The likelihood of potential fraud is also greater in the world of collectibles.

The Knight Frank Wealth Report 2019 revealed that Whiskey is the latest addition to the collectibles industry, up over 40% in the twelve months leading up to the fourth quarter of 2018. As a result of this phenomenal increase, whiskey leads the Knight Frank Luxury Investment Index. Rare Whisky 101 has also compiled the Knight Frank Rare Whisky 100 Index, which is included in the KFLI Index and features the world's top 100 rare Scotch whiskeys. This index tracks the prices paid for these bottles at various auctions and has shown that the value of these bottles has increased by nearly 600% over the past 10 years.

How can you influence and change the existing market for physical collectibles? Trying to align traditional offline business models and cultural perceptions with online economies that have entirely new behaviors will always fail.

However, the biggest takeaway is that the most impactful changes happen when people work to leverage advances in technological capabilities to deal with individual consumer reflexes and ever-changing cultural behaviors.
So what are non-fungible tokens or NFTs? Non-fungible tokens are unique digital assets. Bitcoins are fungible assets, as each Bitcoin is the same and completely exchangeable. On the other hand, artworks are non-fungible tokens.

History of the NFTs

It is often said that Colored Coins were among the first NFTs to ever exist. They are produced in small Bitcoin denominations and can be as small as a single Satoshi, the smallest Bitcoin unit.
Colored Coins are used to represent a range of assets and can be used in many cases, such as:

Colored Coins are an example of Bitcoin's far-reaching capabilities. However, their disadvantage is that they can only be used to represent certain values if every participant agrees to assign the same value to them. Bitcoin's underlying scripting language could never encourage this type of behavior, so Colored Coins are only as strong as the weakest participant using them.

For example, 4 participants agree that 10 Colored Coins are equal to 10 company shares. But if a single participant decides to stop recognizing such equivalence, the whole system falls apart.

Colored Coins originated in a 2012 blog post by Yoni Assia called "Bitcoin 2.X - Initial Specs." That post talked about Colored Coins, but not about their applications or their ability to represent different assets. However, because Colored Coins were Bitcoins that could be traced back to the "Genesis transaction," these coins were identifiable and unique compared to normal BTC (Bitcoin) transactions. However, the applications of the new assets were not fully explored until Meni Rosenfield published a paper on December 4, 2012 titled "Colored Coins - BitcoinX." This paper not only analyzed Colored Coins in greater depth, but was also authored by prominent crypto experts such as Meni Rosenfield, Lior Hakim, Vitalik Buterin, and Yoni Assia.

However, Colored Coins also has a number of obvious weaknesses. This system could only function ideally in a special permission environment. A database was better than Colored Coins in some cases. However, Colored Coins encouraged further experimentation and laid the foundation for non-fungible tokens. As people began to realize the tremendous potential behind using distributed ledgers to represent real-world assets, it was also recognized that an improved, adaptable blockchain was needed to encourage implementation.

Colored Coins helped people realize that there was a lot of potential for using blockchains to represent real assets. However, they also realized that Bitcoin in its current form was not capable of enabling these features. This led Evan Wagner, Robert Dermody, and Adam Krellenstein to found Counterparty, a P2P financial platform and distributor of open-source Internet protocols that used the Bitcoin blockchain. The company operated a decentralized exchange, allowed asset creation, and even released a crypto token with the ticker XCP. They owned numerous assets and projects, including trading memes and a trading card game.

Spells of Genesis on Counterparty (April 2015).

Spells of Genesis was a game whose creators issued special assets in-game on a blockchain with Counterparty. They also launched an ICO, which was unheard of at the time. At the time, ICOs were still called crowdfunding. Spells of Genesis raised funding for its development when it launched BitCrystals, a token that was used as currency in the game.

In August 2016, Counterparty partnered with Force of Will, a very well-known trading card game that offers its cards through the Counterparty platform. The game has the fourth highest sales in the North American region, just behind Magic: The Gathering, Pokemon, and Yu-Gi-Oh. This was an important event because Force of Will was a mainstream company that had no experience with cryptocurrencies or blockchain. Their move showed that there are advantages to placing such assets on the blockchain.

The community members and crypto enthusiasts of Pepe the Frog are behind this project. Here, various users come up with meme cards associated with special tokens called PEPECASH. These are issued using Counterparty's protocol with the Bitcoin blockchain. However, after extensive review by the community, they have also been listed in the Rare Pepe Directory. These tokens are scarce and limited in number, which makes Pepe cards valuable and rare assets. People can trade them via Counterparty wallets. This way, community members no longer need middlemen to facilitate the transaction and can save huge processing fees.

As Ethereum gained traction in 2017, meme trading began to become active. In March 2017, the Peperium project was announced, a "decentralized trading card game and meme marketplace where people could design memes that would live on forever on Ethereum and IPFS. Peperium and Counterparty were similar in that they had associated tokens that had RARE as the ticker symbol. It paid listing fees and supported meme creation.

With more and more rare pepes being traded on Ethereum, Matt Hall and John Watkinson realized that it was possible to create unique characters generated by the Ethereum blockchain. These characters were limited to 10000. Also, no two characters were allowed to be similar. Their project was called Cryptopunks, a reference to the Cypherpunks, who had experimented with technologies similar to bitcoin in the 1990s.

Hall and Watkinson allowed anyone with an Ethereum wallet to receive 1 Cryptopunk completely free. All 10000 Cryptopunks were claimed in record time, leading to the creation of a secondary marketplace where people could buy and sell them. Interestingly, the Cryptopunks did not follow the ERC-721 standards because they had not yet been developed. However, their limitations meant that they were not ERC-20 either.
Cryptopunks can best be described as a hybrid of ERC-20 and ERC721.

CryptoKitties is a virtual game where users can breed, collect, sell and buy virtual cats. Each of these cats is unique. CryptoKitties are something like modern Tamagotchis. But they are stored and live on the Ethereum blockchain, not on small egg-shaped computers.

Axiom Zen, a Vancouver-based company, launched the CryptoKitties game in October 2017. The company had been developing this project for months and decided to release its alpha version at the ETH Waterloo Hackathon. This was the world's largest Ethereum ecosystem hackathon. More than four hundred developers participated in the event, which made it the ideal time and place to release this game. The team took first place during the hackathon and the game also went viral.

CryptoKitties was also launched at a time when the crypto market was experiencing a bull market, which contributed to its popularity. People started trading, breeding and buying virtual cats at a surprisingly fast pace. People also began to realize the value of NFTs. After the success of this game, Dapper Labs was founded by Axiom Zen. The company secured over $15 million in investor funding, including from Google Ventures and a16z. After people saw how active the game community members were and how the investors funded Dapper Labs, many realized the true potential of NFTs.

Differentiating tokenized assets in a nutshell.

ERC-20
ERC-20 is the current token standard used by most ETH-based projects. It is fully compatible with many wallets and exchanges, thus helping you trade tokens to multiple destinations. They are used in various currencies for the purchase of in-app goods.

ERC-721
ERC-721 is used in most collectibles. The wallet was created with the intention of displaying basic information about a collectible and has similar parameters to ERC-20. These basic standards allow data to be stored in a blockchain. Data can also be extracted from all assets without needing to know details about the asset type.
However, there are a few differences. For example, total supply, authorized ownership at transfer, and also ownership are recorded.

Approval and tracking of ownership is critical, as it allows owners to confirm the fact that they own a unique, one-of-a-kind object.

When collectibles are transferred to other users, this data is disseminated throughout the network and completes a verification process after which the event or transfer is marked as complete.

ERC-1155
This standard can also be used for in-game goods and collectibles. ERC-721 is not fungible, while ERC-20 is fully fungible. ERC-1155 is a highly configurable token that allows developers to specify various parameters during creation.
For example, in an MMORPG video game like WoW or Counter-Strike, some items are widely used while others are rare and epic. In this way, ERC-1155 is able to solve scalability problems and support games where there are complicated items with different levels of rarity.

Under the leadership of Witek Radomski, Enjin has made some notable progress in implementing this standard. Token data is subject to rigorous standardization, which means that integrating ERC-1155 tokens from one project into the app or game does not require additional effort to integrate tokens from another ERC-1155 project. This enables the creation of projects with high-value crypto tokens that can provide benefits on multiple platforms. In other words, it is possible to get rare game assets in different games without much effort. 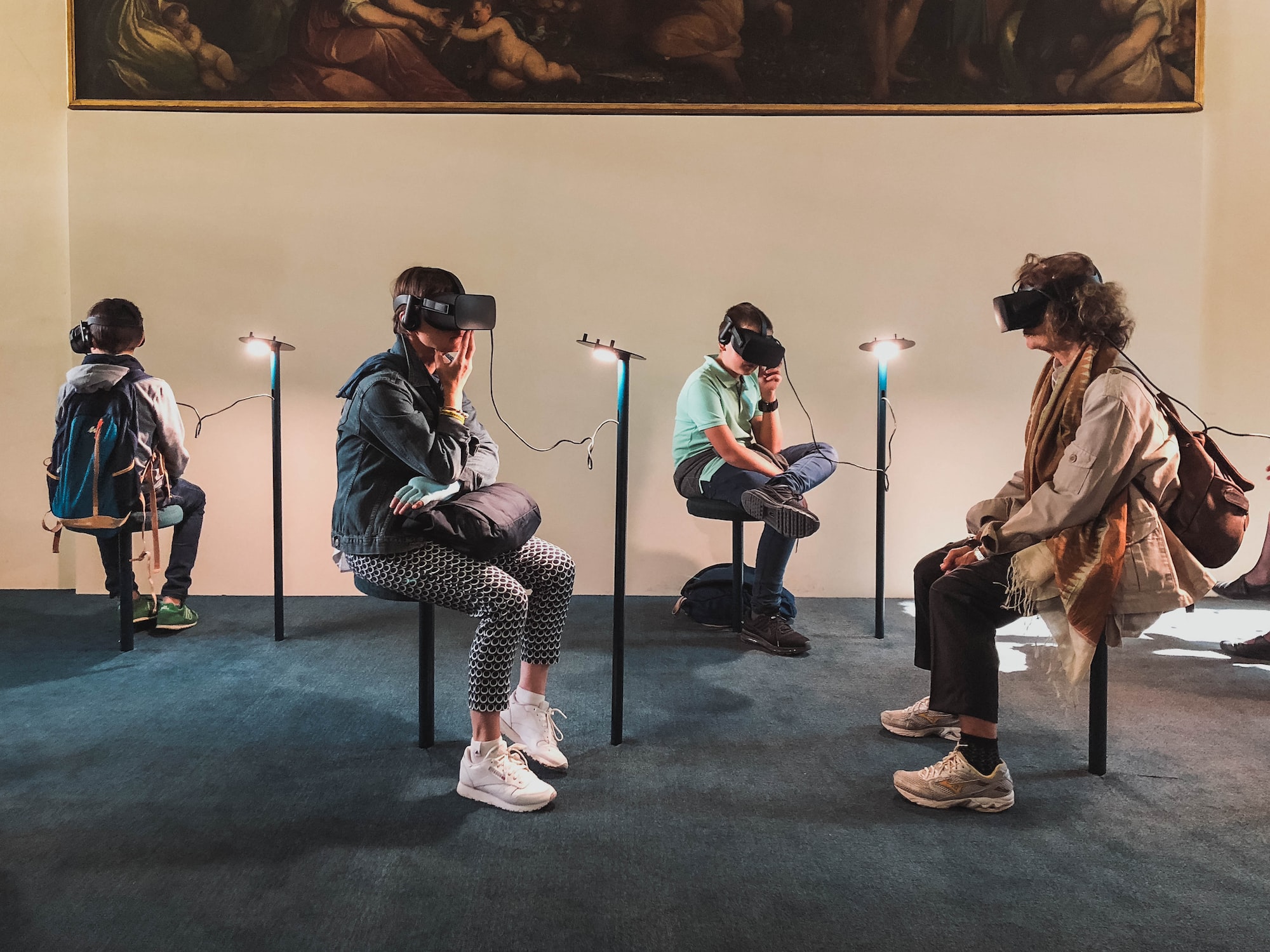 Changing the reality of a burgeoning art scene

Flag theory to protect your assets and gain freedom 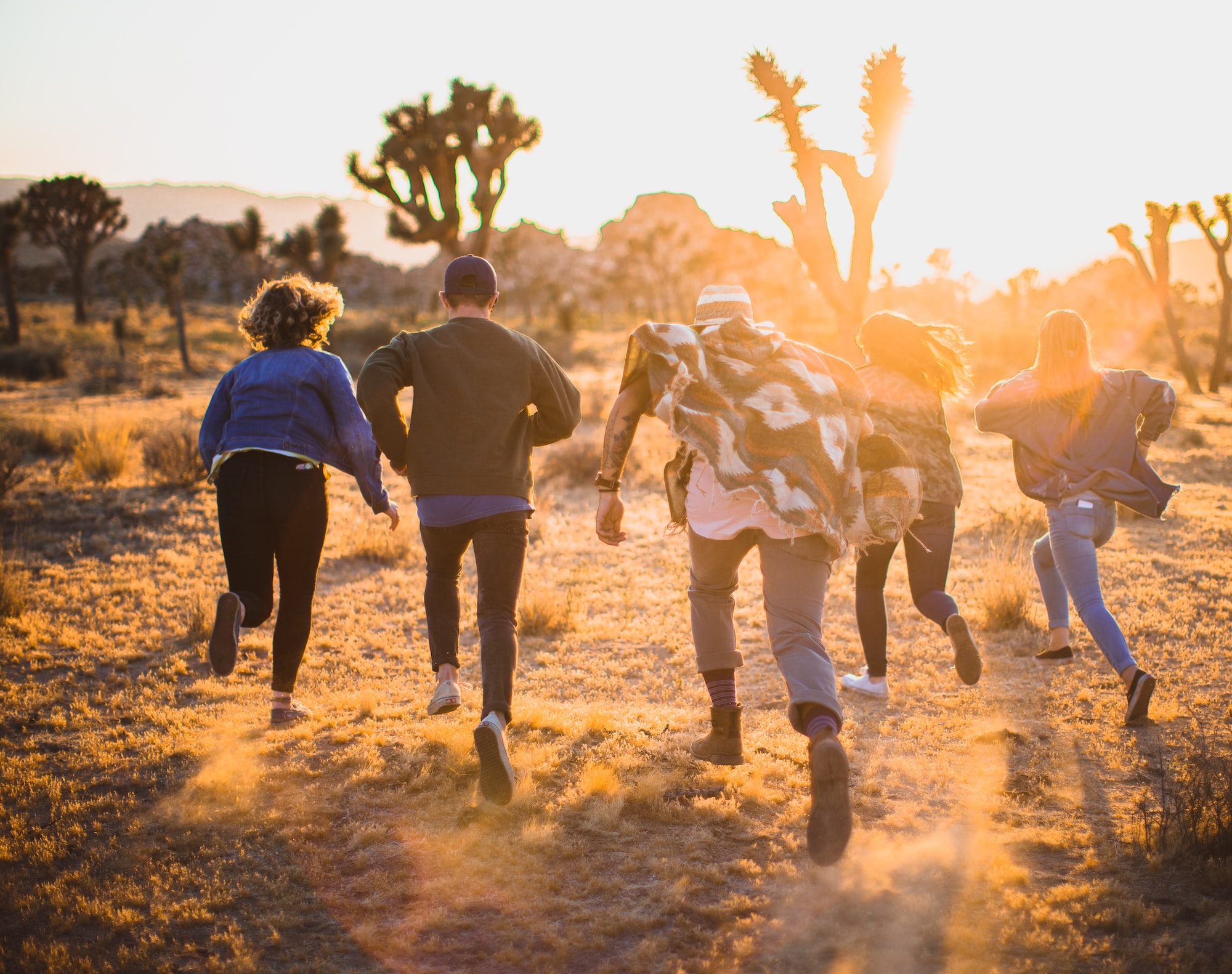