In light of the dystopian potential of the metaverse's economic impact, metaverse initiatives that are dominated by corporations may face strong objections from regulators. However, open systems running on Blockchains have the potential to be a more viable path.

In a world dominated by narrative predicting reality, author and creative mind Neal Stephenson is a sought-after prognosticator.

No matter if Stephenson was helping space engineers discuss the dangers of interplanetary travel while working at Blue Origin in the early 1980s. Or in shaping corporate visions at Magic Leap, a venture developing mixed reality headsets for enterprise use (such as for the medical separation of conjoined twins).

Snow Crash paints a bleak, dystopian future controlled by technology, in which the state has almost totally retreated. The world is governed by mega-corporations and inequality is at an extreme. "Hiro Protagonist," the hero of the novel, is delivering pizzas and eventually becomes embroiled in a quest for a mystery drug known as Snow Crash.

Neal Stephenson has once said that he had never considered himself a mastermind of the future, but rather someone who "just makes shit up." None the less, Stephenson's predictions not only struck a nerve in Silicon Valley, but a number of products, concepts and circumstances predated the digital age. For example, the term avatar, which is now firmly entrenched in common parlance, actually was a novelty back then. Finally, there's an ingenious technology introduced in the book called "Earth." It's eerily reminiscent of "Google Earth," which has been around since 2001 - which is almost a decade after "Snow Crash" hit the shelves.

"Ultima IV was the first game I wanted the player to respond to what I called ‘moral dilemmas and ethical challenges’ as they personally would (and not like an alter ego). While doing my research on virtues and ethics… to look for ethical parables or moral philosophy I came across the concept of the word ‘avatar’ in a lot of Hindu texts. In that case, the avatar was the physical manifestation of a god when it came down to earth. That’s perfect, because really I’m trying to test your spirit within my fictional realm." – Richard Garriott

We are asymptotically approaching a pivotal moment in time when all of humanity is able to interact with layered digital experiences in real time. Our devices shall become portals to a persistent world tangential from our own.

Google co-founder Sergey Brin is by no means the only known tech founder to been influenced by the idea. Although facebook founder Mark Zuckerberg has never referred to "Snow Crash" explicitly, he alluded to the concept in a facebook post from March 2014. He touted an announcement that his company had acquired VR goggle maker Oculus, and outlined his future vision for the company.

During an August 2021 facebook earnings conference call, Mark Zuckerberg outlined the future of his company in a very direct way. The overall vision that he laid out was not based on advertising, which drives the majority of facebook's present profits, as well as increasing the overall size of the social network, which has almost three billion monthly active users. Zuckerberg said in lieu of that, his goal is for facebook to help build the " Metaverse," a Silicon Valley buzzword that has become an obsession for those trying to predict and profit from the next decade of technology. "I expect people to stop thinking of us primarily as a social media company and start thinking of us as a Metaverse company," Zuckerberg said. For the social media behemoth, this was a remarkable shift in messaging, particularly given that the precise meaning of the Metaverse and what it means for digital life is far from clear. In the earnings call, Zuckerberg offered his very own definition. The Metaverse is "a virtual environment where you can be present with other people in digital spaces," he said. It is "an embodied Internet that you are in, rather than just looking at. We believe this will be the successor to the mobile Internet."

Oculus and presumably facebook have already antagonized its users by attempting to experiment with in-game and in-headset ads, however beyond that, the whole point of the Metaverse runs counter to everything Zuckerberg is apparently trying to build. Facebook products, whether it is facebook itself and Instagram, are all about providing a digital presence for an authentic self, or at least a more happy, filtered version of oneself. A primary immersive ideal of the Metaverse is to not be who you truly are, and to have the potential to be someone in the first place. Facebook will not even let you use a false name and is diligently collecting all of your personal data, which it is sharing far and wide with advertisers all across. A pivotal tenet of the Metaverse is the ability to withhold your true identity and maintain all the privacy anyone could want. It is the exact opposite of facebook's whole narrative.

This is quite controversial, because as of October 2020, logging into facebook is the only way to use any Oculus devices. Under the company's terms and conditions, a facebook account used to sign in to an Oculus device "must use the same name you use in your everyday life." On the flip side, this also means that a facebook account may not be used if it has previously been suspended for violations of facebook's terms and policies.

Digital goods account for a market of more than 10 billion US dollars already, and Fortnite alone has grossed more than 1 billion US dollars. However, at present, Fortnite digital items only work in Fortnite. Should Epic Games ever decide to close Fortnite, those items would be worthless overnight. A multibillion dollar market would vanish into the ether.

The difference between items in Fortnite and, say, an NFT is simple: real and digital property. The buyer of an NFT never has to worry about a company shutting down their service or suspending their account (at least in theory). What the Metaverse really needs is an open ecosystem that is NOT dominated by one company.

The Metaverse consists of manifold parts, but these are the basic pillars which were wonderfully assembled by Jamie Burke from Outlier Ventures: The Open Metaverse OS

To make the wonderful work of Outlier Ventures more accessible, links to the graphic above have been compiled.

Two pioneering examples which are already redefining the metaverse

OVR has divided the digital world into 300 square meter hexagons called OVRLands, each representing real physical places. Discovering the OVRLand where someone lives or works is an exciting experience, and each of the land pieces is tokenized using the ERC-721 standard on the Ethereum Blockchain.

Much like Pokemon GO, it allows users to discover distinct events around their physical location. These similarities notwithstanding, the major difference is that the user won't be able to catch Pokemons, but will be able to relive historical scenes, for example, or discover an otherwise hidden work of art in the area.

To explore in more detail how the world of OVR operates, you can find all the available capabilities in their whitepaper.

One of its top priorities is ensuring that OVR can embed decentralized logic throughout its NFTs. That would enable geographic and other forms of off-chain data to be used on the Blockchain - "supercharging interactions within the OVR decentralized metaverse."

So what if it was possible to embed decentralized logic into the OVRLand NFTs? What if they could take off-chain/geographic data and use it on the blockchain to interact within this decentralized metaverse?

Chainlink will now enable OVR to securely connect real-world events to the Blockchain to trigger the execution of smart contracts. Data such as serendipity, geolocation, weather, and more can be retrieved from external sources and made available on the Blockchain through Chainlink.

AR/VR experiences that are not only geolocated but also "sense" real-world conditions could, for example, change based on the outcome of a sports game, election results, or weather conditions, etc. (Source: OVR Using Chainlink to Connect the Metaverse to Real World Data and Events

I am very excited about my new NFT acquisition on OVR. I also recently bought some unique football cards such as Cristiano Ronaldo or Zinedine Zidane but this one is very special. – Camembert

Axie Infinity is unlike any ordinary "play to earn" game, powered by inscrutable third-party marketplaces and the developers' own caprice.
Axie Infity, is currently the most popular game on the Ethereum Blockchain, the game by itself can be described as a sort of Pokémon/Tamagotchi like realm where digital pets duel each other. In addition, it is a fully decentralized, player-owned economy in which users are compensated so well for their contributions to the game ecosystem that some use the game as their primary source of income.

As of August 2021, the NFT game has generated a record $1.1 billion in sales, setting a new record for the highest-grossing NFT project ever.

According to data from DappRadar, the active user base for Axie Infinity has grown exponentially. The dataset also reveals nearly $1.565 billion in total sales, with more than 1.04 million transactions over the last 30 days. (23rd, August 2021)

The entry cost is higher than most other games, however, with each entry-level Axies currently costing between US$ 200 and US$ 300 on the market, requiring a team of three players. Rarer Axies can cost thousands of dollars in ETH, and in-game items can also be hefty.

This makes it all the more unexpected that in hopes of surviving the COVID-19 period, many Filipino residents have discovered Axie Infinity and its NFTs to identify various digital items in-game, and to reward the players with a virtual currency called Smooth Love Potion. This "potion" can be then converted into cryptocurrency, that in turn can be exchanged for fiat money, giving an opportunity for these rural communities to earn a living. And it is estimated that 60% of its users are from the Philippines.

The story is taken from an 18-minute documentary titled PLAY-TO-EARN: NFT Gaming in the Philippines. The video follows a group of residents living in the rural province of Nueva Ecija near Cabanatuan City, north of Manila, the country's capital. As a fact with a population of 111 million in the country, the ongoing pandemic and quarantine regulations have left 4.2 million people unemployed in May 2021.

A 25-year-old named Art Art managed to earn $20 USD in the first 15 days of the game, while an elderly couple prayed that the game would never disappear, as they were able to pay for their medications with the earnings.

Subsequently, just about anyone who has an internet connection and a connected device can participate in Axie Infinity - owners of Axies can pass a QR code to players to give them " straight" access to their accounts, without sharing any deposit or private keys with players - a fairly seamless Blockchain-backed, but non-Blockchain-exposed experience. In the relatively young field of Blockchain and cryptocurrency, a game that attracts hundreds of thousands of avid players and supporters alike is a unique investment.

In light of the dystopian potential of the metaverse's economic impact, metaverse initiatives that are dominated by corporations may face strong objections from regulators. However, open systems running on Blockchains have the potential to be a more viable path.

Blockchain-based games, where players can transact their assets as NFTs and trade freely on a permission-free secondary market, or even lend and borrow their game collateral in Decentralized Finance (DeFi), are a step toward an ideal metaverse. 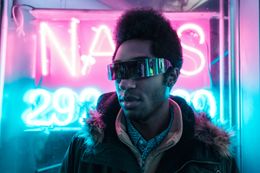 1.7 billion good reasons for DeFi - no more, no less 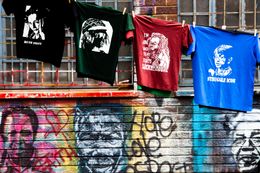